We are Professionals Who Care

We create comprehensive settlement plans for personal injury victims and their families, and reduce attorney liability.

Pioneering The Plaintiff-Loyal Settlement Industry For Over Three Decades: Our History... 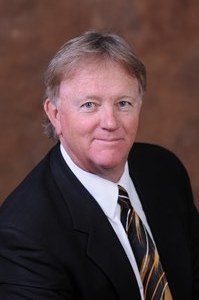 Jack Meligan left a Portland, Oregon investment advisory and financial planning firm in 1986. Soon setting off on his own to work with personal injury victims in structured settlements.

In those early days, settlement planning was usually nothing more than a structured annuity. But there was a problem. The amount of the annuity and its issuer were determined solely by defendants and their insurance companies. Even more, this was done with no regard for the needs, wishes and opinions of victims and their families – people who depended on the settlement to put their lives back together.

Beginning with a 1987 article titled “Conflicts of Interest in Structured Settlements,” Jack began tearing down the walls. Giving injury victims and their attorneys a more prominent role in determining the size, structure and provider of settlement solutions.

After that, numerous articles and writings followed. All aimed directly at giving claimants greater control over their settlement choices and financial planning.

Meanwhile, in 1992, Jack discovered the 468(B) Qualified Settlement Trust Fund regulations in the tax code. He became one of the first practitioners in the country to use QSFs to help clients. Since then, more than 300 clients have settled their cases with Qualified Settlement Funds.

Later, in 2000, Jack co-founded the Society of Settlement Planners, an organization that promotes the concepts of, and educates professionals about, the latest developments in the profession. A widely recognized settlement industry authority, Jack also helped develop the curriculum for the nation’s only professional Registered Settlement Planner designation, a designation he has held since 2009.

Today, Jack and his growing force of professional settlement planners continue as fierce advocates for plaintiffs and trial attorneys. For more than 29 years, SPI has forged new paths, developing comprehensive, innovative solutions to protect victims and attorneys all over the U.S.

The wrongfully injured often experience hardships most of us can’t begin to imagine. At SPI, we strive to create a future where victims and their families get all the life planning and financial support they need.

Want to run a case by us?

We are available Mon-Fri 9am-5pm PST

“When it comes to structured settlements, and more importantly, settlement planning for our clients, our trust in Jack Meligan and his SPI team is 100 percent.”

The Law Office of Crockett & Myers

Talk to a Settlement Expert (no charge)

Please fill out this form and our team will get in touch with you as quickly as possible.